At the Start of week 7 ,I think it is psychological ,but it was so hard about half way I was exhausted did not think I would make it. Carried on though had to walk for about 10 second kept just saying to my self come on you can do this and I did was bit sore the next day though. Now at the end of the week it is been better I had moments where I felt like a real runner. My Garmin has let me know that I am running about 1.6 miles, so over half way for my first 5k race in march.

Talking of races I have entered into a 10k in October and am planing to do the running 5k of a local triathlon as part of a rely team from work. So I have to keep going after march. Have also received my race details today, so it is official. 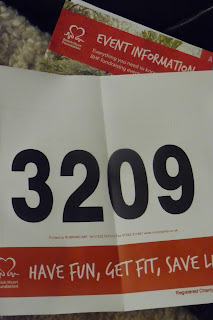